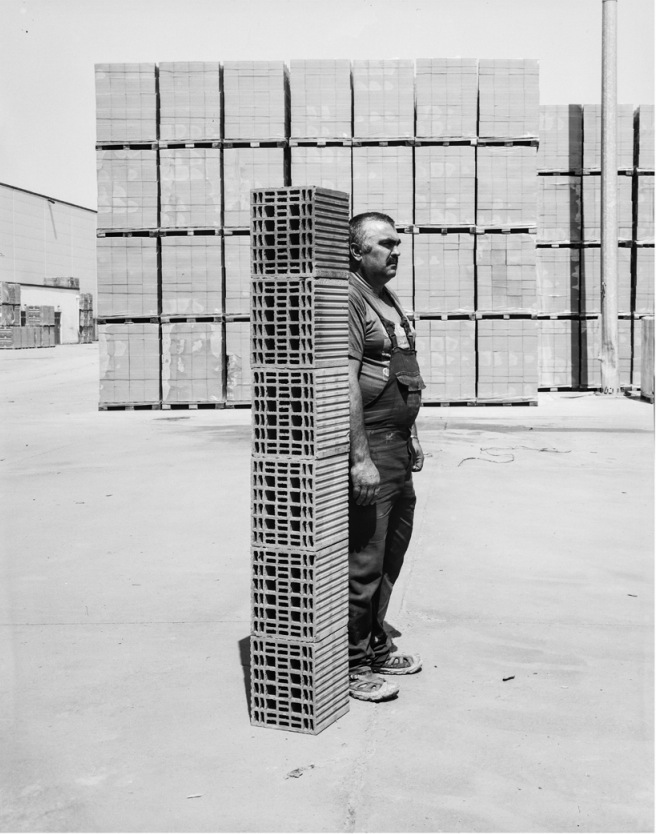 Hungarian photographer Arion Gabor Kudasz uses twisted measurements and deformed brick to describe contemporary space in Eastern Europe. His investigated construct is based upon errors and mistakes and seems to have no chance to be sustained. Human is a labyrinth of forms in the process of becoming or decay that the author desperately tries to systematize. The collection of abandoned housing investments, post-industrial ruins, construction warehouses, and worker’s portraits creates an image of dysfunctional mechanisms. Kudasz uses the human body and deformed brick modules to set the new hierarchy, which can be perceived as a metaphor of the shift in fundamental values that Hungary and other countries in Eastern Europe are facing today.

EVOKATIV is a manifesto of personal freedom put against the political context of communist Czechoslovakia. Libuše Jarcovjáková is a strong female voice liberating both the body and space from the oppressive look. Intimate becomes public, personal becomes political, the body becomes the weapon. The artist takes a position and joins the global discourse at the turbulent times when human rights and freedoms are under threat. One of the most moving books I’ve seen in years.