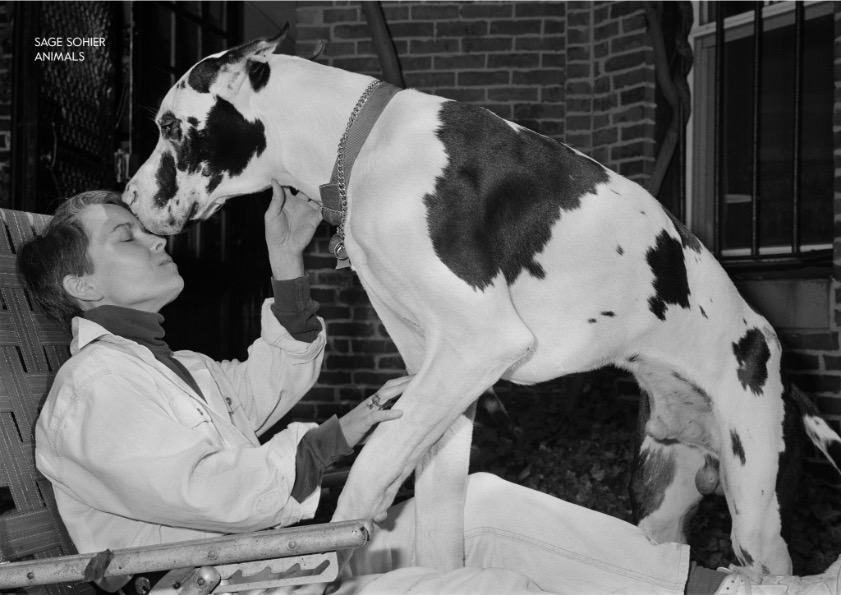 A basset hound casts a doleful eye at the camera alongside a child slumbering peacefully on the lawn; a bevy of vizslas join humans on chairs around the kitchen table, as if all awaiting the daily family meal; a child hangs upside down as another child proudly holds a caged bird, while a dog nonchalantly watches. These are just a few of the delightfully quirky photographs from Sage Sohier’s book, Animals, in which she explores the richly complicated world of people and their pets. There are plenty of pitfalls photographing pets: so often such photographs turn out to be sentimental, cloying, or cute. But Sage’s images—deeply sympathetic, often funny, sometimes tender, and occasionally dark—take the viewer into an enigmatic world where humans and their animals interact in strange and surprising ways, a world in which the pets and their owners all seem equally—and wonderfully—mysterious.