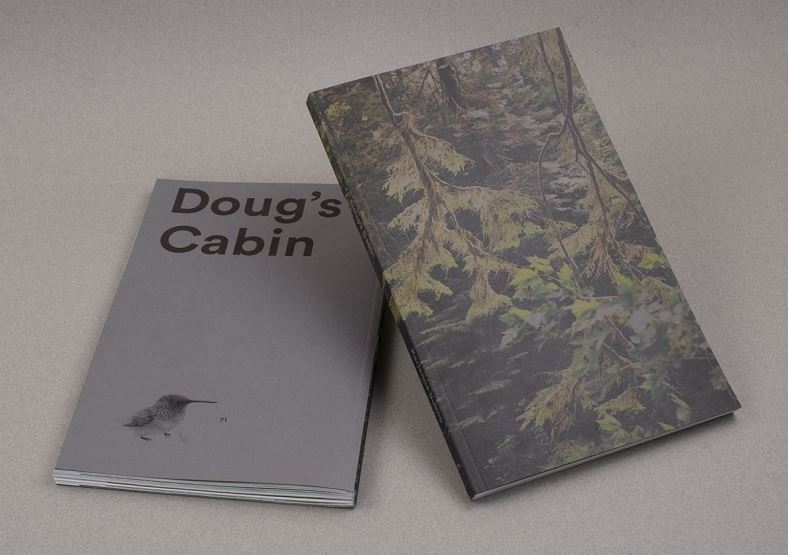 Doug's Cabin by Karianne Bueno.   Published by The Eriskay Connection.

Karianne’s project and beautiful book, Doug’s Cabin, documents her 8-year submersion into the life of Doug, a man who has retreated into the Canadian wilderness of Vancouver, and has spent most of his life trying to keep a small former military base alive and livable. To properly tell the effects of history on Doug and his quest, Karianne weaves together found historical images, news articles and artifacts from Doug’s personal photo album; simultaneously telling the story of this man's perseverance to keep the forest at bay and the relationship we all have to the wilderness. This book balances the thin line between a document and a cryptic mystery that I enjoy diving into.