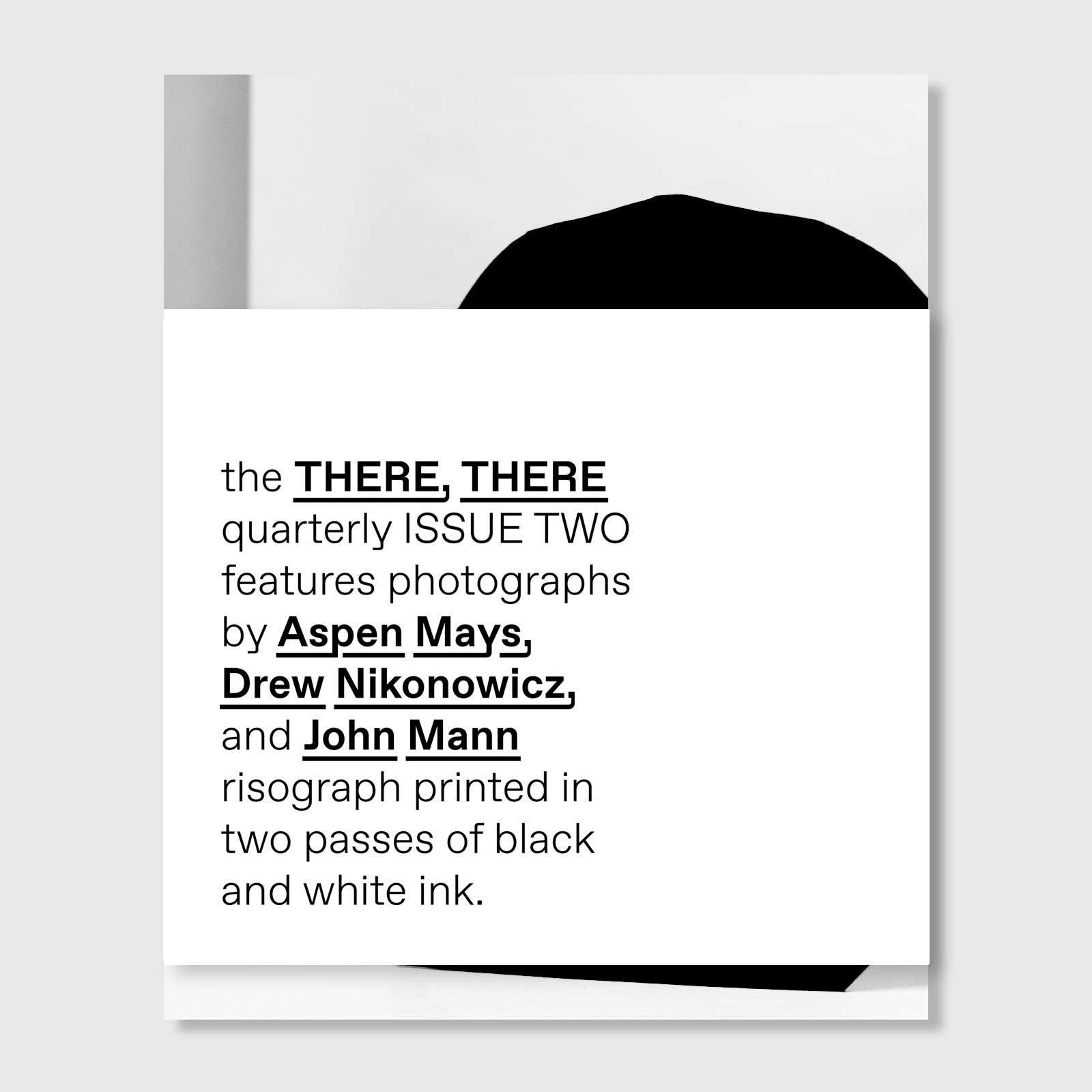 In 2019 I was increasingly aware of astonishing production devices, including tipped-in objects, ingeniously folded pages, multiple paper types, and non-conventional colophon placement combined with intriguing visual and textual narratives. The year was rife with options for "Best Book."

My most exciting interaction with photobookworld, however, was in early October at the Silver Eye Book Fair, where I encountered a core sample of the dynamic scene of contemporary indie publishers and artist-driven books. The book that most intrigued me in Pittsburgh, however, is hardly a book at all.

First, it's a magazine, Issue Two of There, There quarterly published by theretherenow out of Columbia, Missouri. Second, it's not bound; the volume consists of loose, Risograph-printed, 10×12.5-inch sheets (miraculously fine reproductions from a relatively primitive printing machine). Third, to read it accurately, the sheets, printed on one side only, must be dealt out on a fairly large table, as images run from one sheet to another. It features work by Aspen Mays, Drew Nikonowicz, and John Mann; their black-and-white photographs are exquisitely interwoven into a sculptural whole, which must be seen to be appreciated. I could go on. Suffice to say, it's innovative, smart, and visionary.