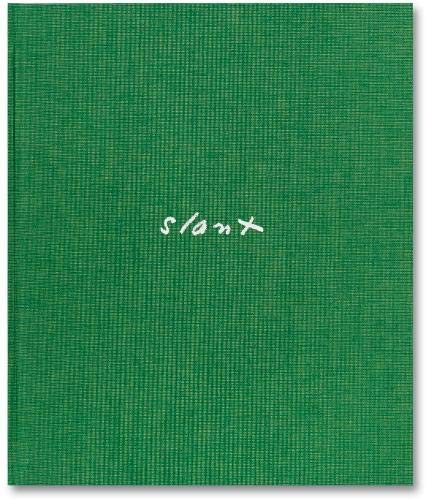 Aaron Schuman's book, Slant, has the things I love most in an artwork—maximum simplicity that unpacks into something complex, with layers of meaning, humor and heaviness. The content comes from a small town in the United States, Amherst, Massachusetts, where Schuman grew up. There are black-and-white pictures that he made there; excerpts from the Amherst Bulletin's Police Reports that are funny and bizarre; and a poem about Truth by Emily Dickinson, who lived in Amherst. The flow is musical with a mix of absurdity and humanity. Schuman's quiet pictures, beautifully printed in tri-tone, are charged by the reports of Suspicious Activity, Larceny, Animal Complaints, and Disturbances. And the newspaper clippings, printed on a different paper stock that calls to mind newsprint, are filled out with a sense of place by the pictures. The associative play between the words and pictures is entertaining, while also making the reader think about deeper issues like community, truth and perspective.