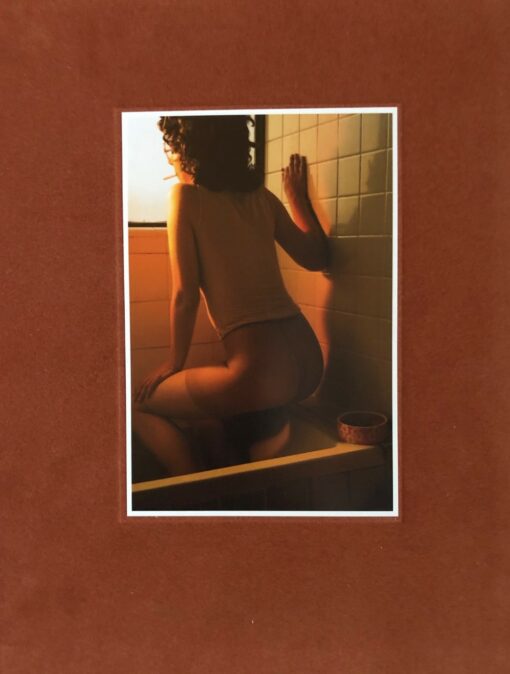 The final form of Positive Disintegration is perfection—velvet cover and Swiss binding—furthering the book dummy I saw two years ago in Mexico City. Now out of print, stay tuned for the second edition. The cinematic world of Tania Franco Klein is enticing; the dramatic lighting and saturated colors of her photographs draw us into such a disjointed and unsettling existence. Take a look at Dabrowski’s theory of positive disintegration; a theory of personality development and the role that media and education shape identity (and devalue individual expression) to understand the foundation for Franco Klein’s work. There is this tension between social convention and self. Don’t read the advertising clippings. Don’t be fed information. Resist.