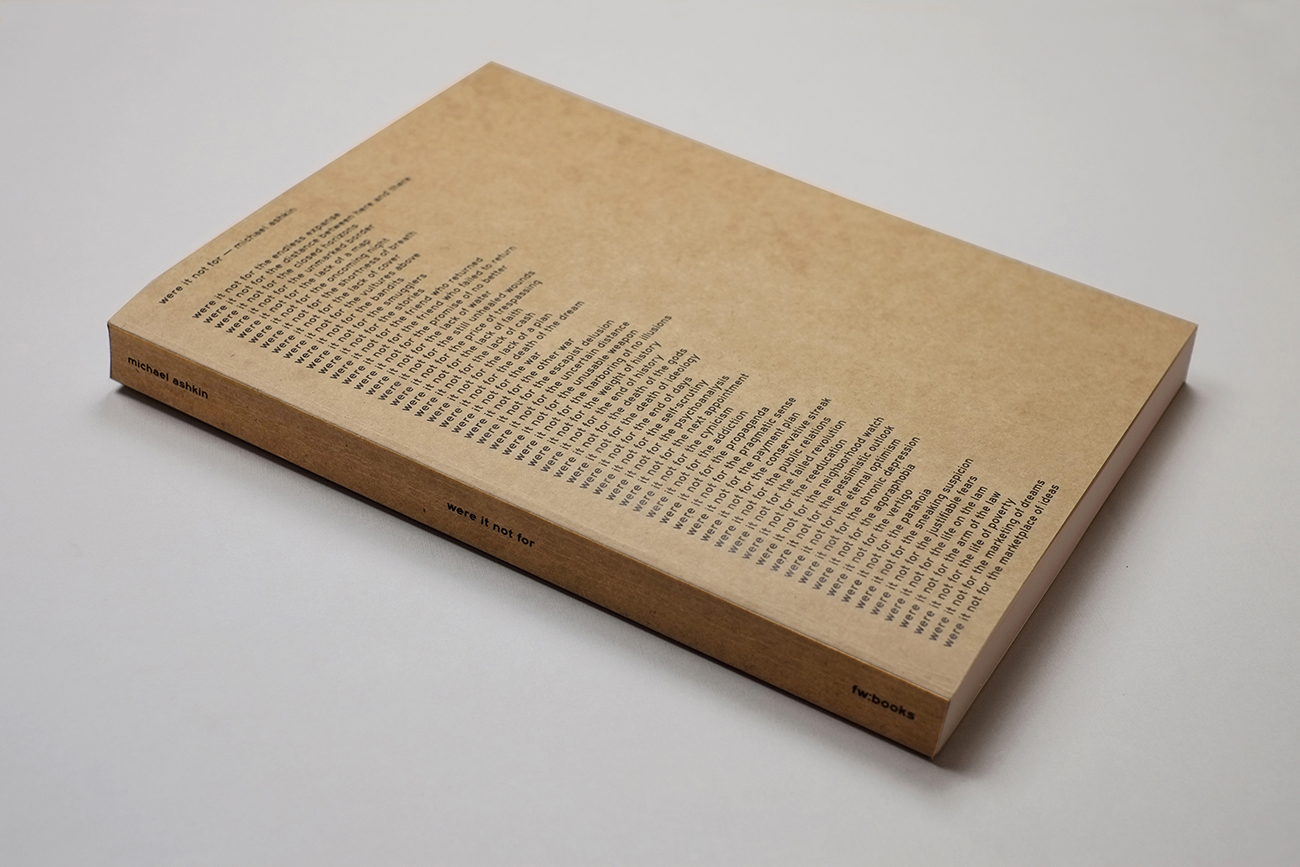 were it not for by Michael Ashkin.   Published by Fw: Books.

In recent times the best photography book publishing has appeared to travel, virus-like, from one host location to the next, transmitted through small conglomerations of publishers, designers and artists. The infection does linger at these nodes of activity, but the feverous heat of the photobook realm moves on. Over the past year or more, the most consistently stunning and challenging books have come out of Amsterdam, through the publishing of ROMA and fw:books. I could have selected a number of books by each of these publishers as my favourite of the year but settled on Michael Ashkin’s were it not for by fw:books. As with ROMA, all fw:books are notable for an exquisite tension between cool design and dexterity of form which puts to shame the over-wrought publishing we see too much of. I was approached by Ashkin about this project and whilst I regret not taking it up, I would not have had the clarity of vision the designer and author bought to this final version, in particular through the confident and decisive integration of text with image.