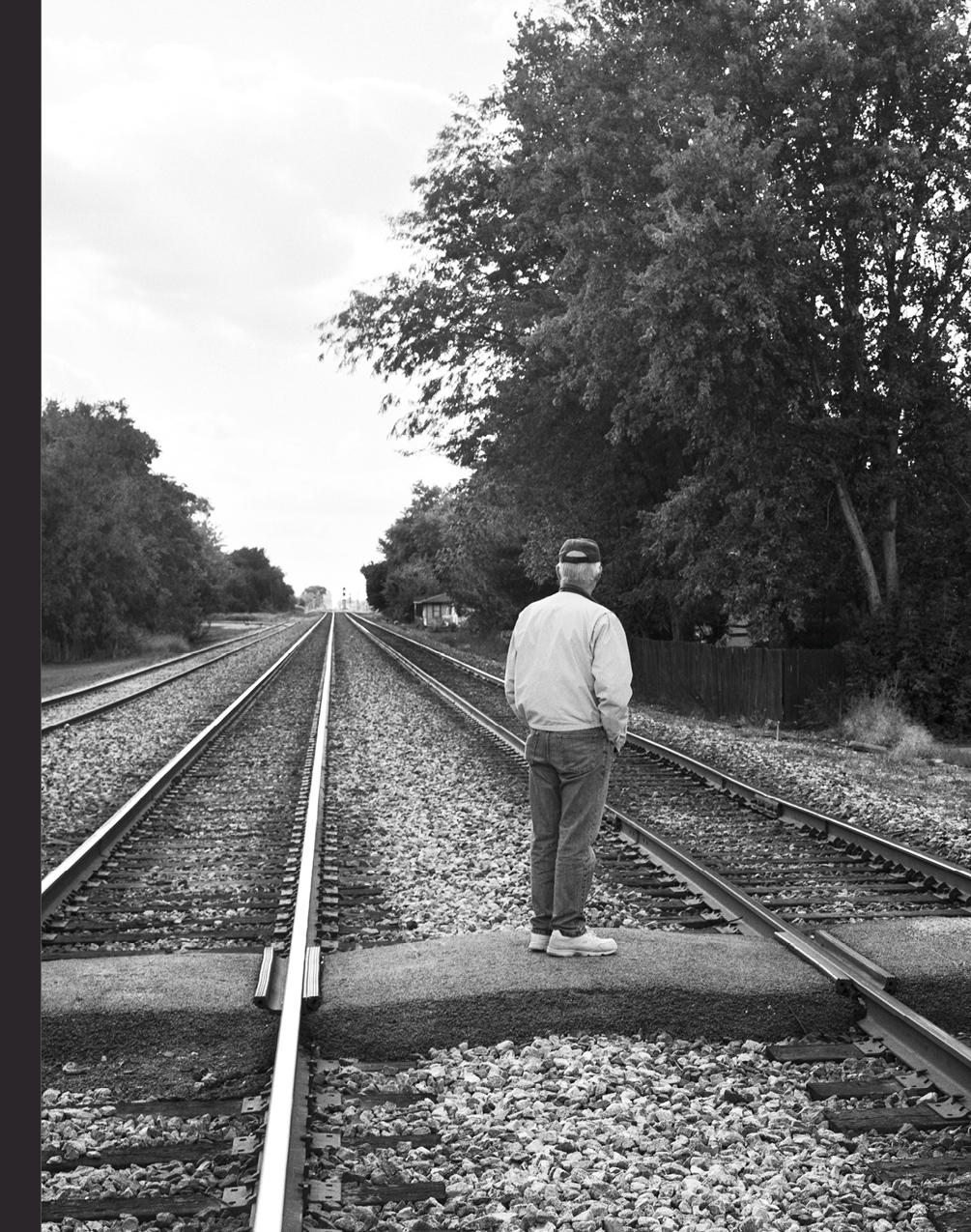 Tim Carpenter’s Illinois Central does a lot without saying too much.

There are three active rail lines in my backyard. Sometimes, at night, I open my bedroom window and watch the blur of fast-moving cars as the roar of the train fills the quiet sky. As the ground shakes from the force of the train, waves of vibrations crawl up the frame of my house—pressed against my window sill, I feel it in my bones. It is a subtle reminder that in the dead of a lonely night, the world is still alive, and so am I.

Tim’s track-side photographs relish in the beauty of quietude discovered within the tangle of earth and rust that encompass the Midwestern landscape. Like the photograph, trains were built to connect. Wherever you are, and despite the distance, there is a line you can trace back to home. I wonder if Tim and I have watched the same train.