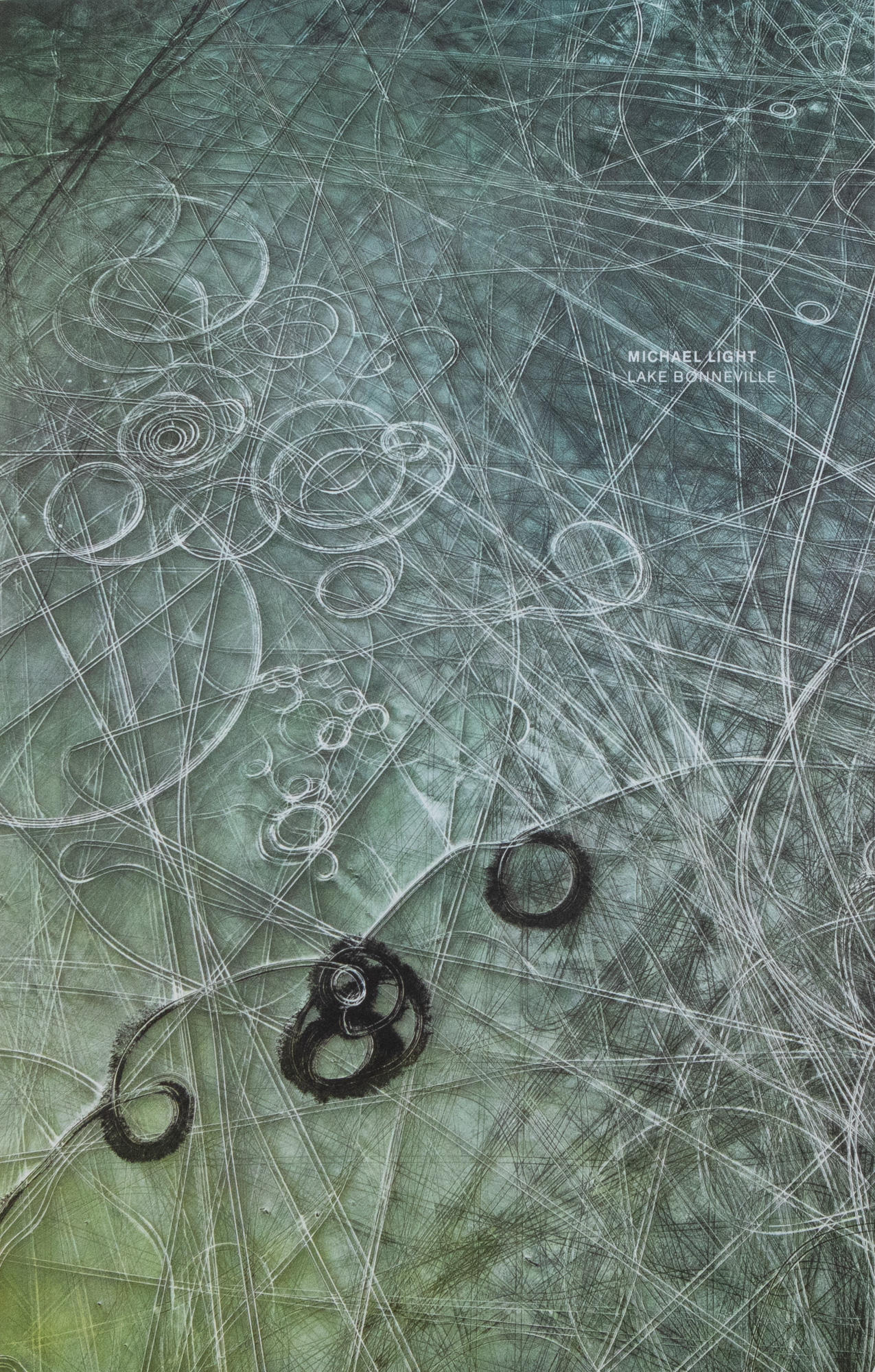 Michael Light's sumptuous book of abstractions, made from above the North American Great Basin, is brilliant in concept and execution. Here, the scars made on our earth's surface by humans act as a semi-permanent record of how we treat our planet.

As a book object, it's delightful. Light presents the work as a two-way book: one half is devoted to the dry Lake Bonneville, and when flipped over, the other, arid Lake Lahontan. The book's full-page bleeds are bound in such a way that one can easily dive into the pictures, giving one an exhilarating sense, akin to flying over the region close to its surface. It's also rich with poetry, illuminating text and historical detail — including a reproduction of the 1845 Fremont map inserted into a pocket in the middle of the book which divides the two sections.

Lake Lahontan | Lake Bonneville is the perfect marriage of design and content. It makes me as excited about the medium today as my time spent in New York in the 1970s, haunting bookstores every chance that I could get, looking for treasures like this one.