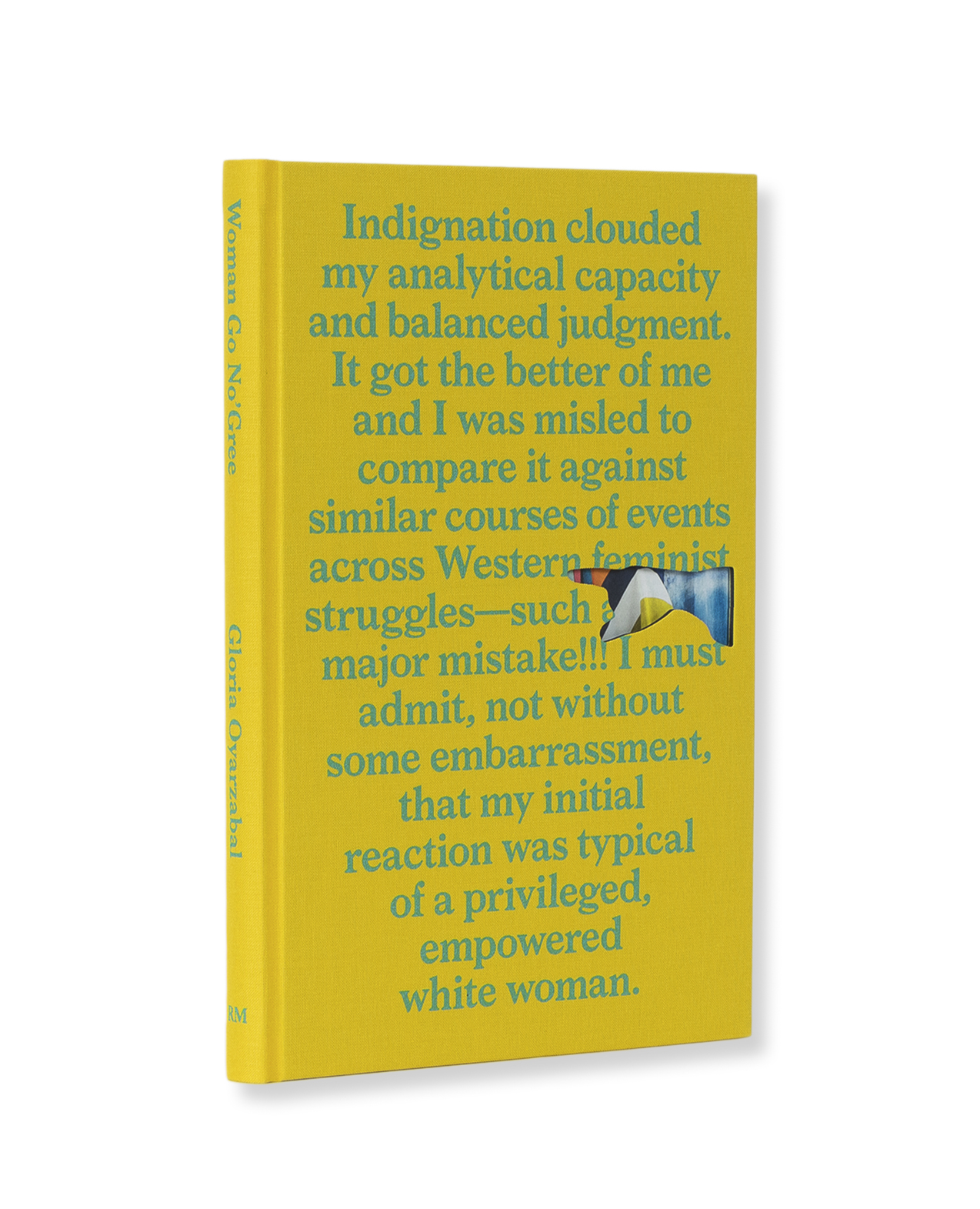 I must admit, not without some embarrassment, that my initial reaction was typical of a privileged, empowered white woman. It is impossible not to look at the cover of this book and then go through and witness the documentation that Oyarzabal makes from her own photographs and other material collected in the process to question how imperialism and colonization historically through gender have modified African society. The photographs are interspersed with questions (Can we assume social relations in all societies are organized around biological sexual difference? Where is the African women identity leading to? Will Western feminism be able to grow and evolve by observing and taking into account other community movements without a look of superiority and privilege as has already begun to happen? ) that show the layers of a vision of the western world that has been imposed with patriarchal narratives and has turned them into inheritance. It is important to decolonize feminism and open the panorama to other realities, to other life stories that should not be erased.