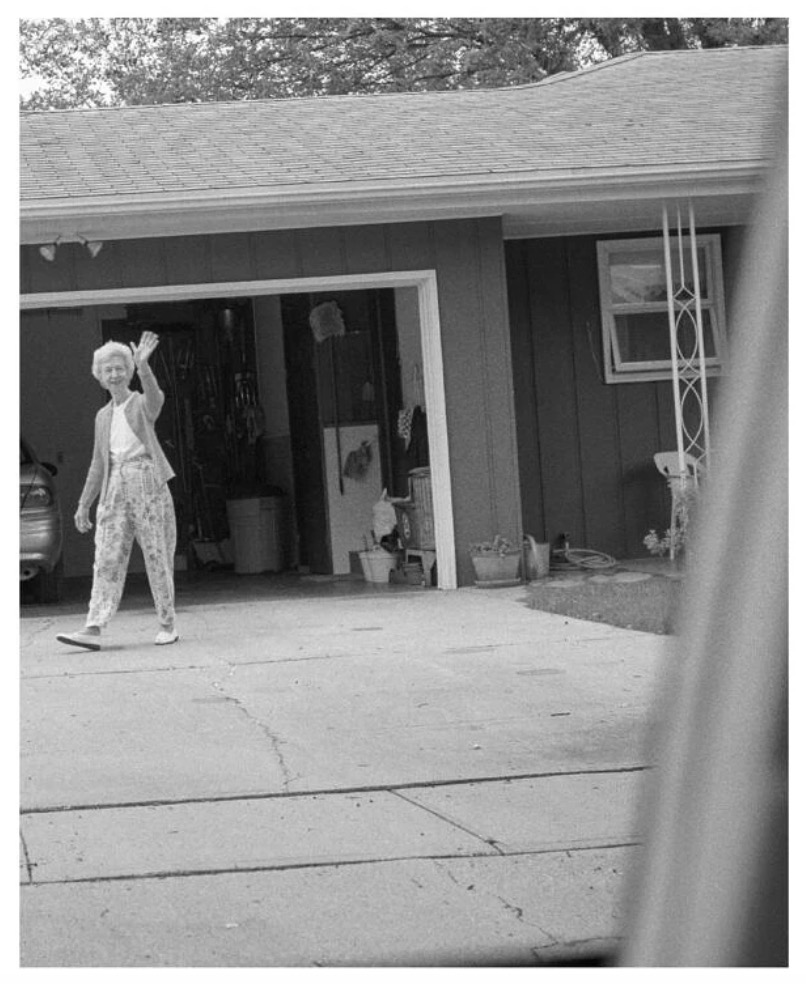 Leaving And Waving by Deanna Dikeman.   Published by Chose Commune.

Hellos and goodbyes seem like universals that can help us connect and realize that we are all the same. What resides for me in Deanna Dikeman’s photographs is an uninterrupted loving spirit. I think of what it used to be like trying to grasp the idea of what a latent image is with film photography, while it waits to be revealed with chemical development. Something other and somehow alive. There is a very natural accumulation and sequence of the pictures that amplifies their humanness. The visceral tools of the snapshot, haphazard in feel but personally organized framed structures to include rearview mirror, garage and faces and hands and eyes and her parent's essence. Leaving And Waving puts me into the mindset of how I feel and what I think about when pulling my car out of my 93-year-old mom’s driveway saying goodbye.