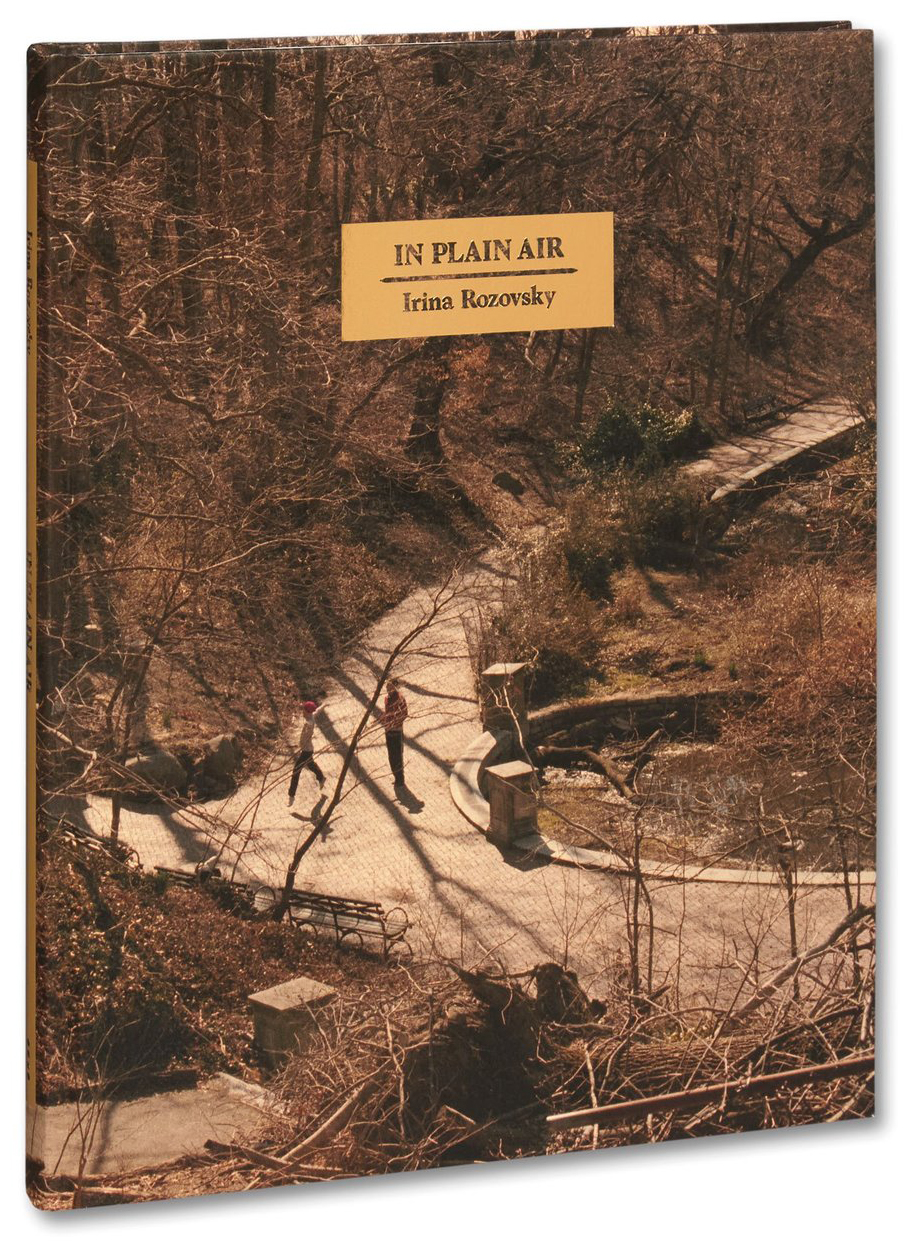 In Plain Air by Irina Rozovsky.   Published by MACK.

I've followed Irina Rozovsky's work for nearly two decades, moved by her poetic photographs of culturally and politically loaded landscapes like Israel/Palestine, Russia, and Cuba. Her new book of photographs, while moving away from charged terrain, takes a similar lens to the diverse cultural landscape of Brooklyn's Prospect Park. Here it's all about the warm light, a tool for bringing out stillness and the joyful fragility of human existence. A woman playing violin in a pool of sunlight beneath some autumn trees. A couple lovingly gazing into each other's eyes. A man gently cradling his pitbull in the last light of the day. It's street photography with a softer edge — an escape to sit and soak in hope during a hard moment in time.